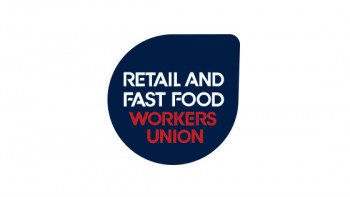 Retail and Fast Food Workers Union
More from this Employer

The Retail and Fast Food Workers Union represents members across Australia in the retail and fast food sectors. The Union is the fighting union for the sectors having launched in November 2016.

We have an exciting opportunity for a Legal Officer to join our team on a part time basis. The primary focus of the role is to develop and implement the Litigation Strategy of the Union. This will involve representing the Union in Courts (usually by instructing Counsel) and Tribunals such as the Fair Work Commission.

The Union is engaged in numerous campaigns and actions involving members at some of Australia’s largest retailers and fast food companies. The successful candidate will have the opportunity to work across a variety of matters – including national negotiations, complex litigation, class actions, significant disputation, ground-breaking industrial campaigns and more. This position will involve working closely with Union officials, delegates and members on campaigns to fight for the rights of Australia’s lowest paid workers.

The position will build on and extend the litigation successes of RAFFWU, including having been found by the Federal Court in 2020 as acting in the national interest. An unsupervised practising certificate is essential for the role.

Applicants are encouraged to address the key selection criteria and include a CV when applying for the role.

A full position description is available below and online at raffwu.org.au/legal-officer-position-with-raffwu.