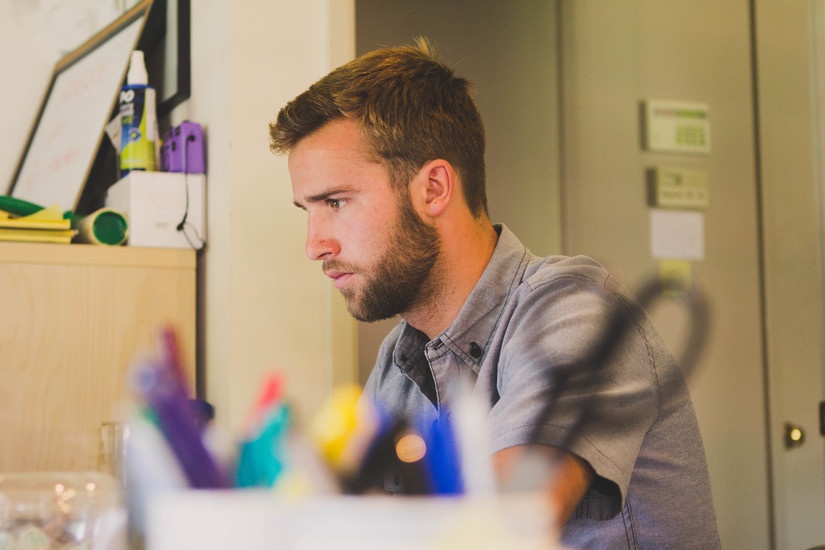 In December 2014, Simone Huisman was made redundant from her position as a youth and community programs manager. Feeling the pressure to be more competitive in the job market, she enrolled at the University of Melbourne earlier this year and graduated with a postgraduate qualification in positive education.

With a bachelor degree in psychology and almost 10 years’ experience in the community and not-for-profit sectors also under her belt, Huisman should have had no trouble finding work in her area of expertise.

The reality, however, was far less rosy: Huisman went ten months without finding a job.

“[I was worried that] I had something catastrophically wrong with me as a person and somehow wasn’t ‘meant’ to work in this sector,” Huisman says of her experience.

The 29-year-old isn’t alone in such fears. She’s part of a generation that’s the most educated in history but experiencing the lowest levels of graduate employment since the 1992–93 recession.

A new report has found that, like Huisman, many in Generation Y – those born roughly between the early 1980s and early 2000s – are concerned they’ll struggle to get the jobs they want – and, paradoxically, for which they’ll be qualified upon graduation. The Future Leaders Index examines the attitudes of 5000 young Australians on the topics of career and study. It paints a troubling picture for Generation Y, who are expected to find entry into the post-university workforce more challenging than any generation before them.

Chief among the fears of those surveyed in the Future Leaders Index is being unable to find a degree-related job upon graduation – a concern shared by two-thirds of respondents. A further 56 percent believe their post-university job prospects are not very strong.

The outcome of these fears? Many students – 51 percent of those surveyed, in fact – are delaying entry into a workforce they see as hostile and lacking opportunities.

Instead, they’re opting to pursue further study, placing themselves in the potentially dangerous position of being overeducated and under-experienced. This is despite 64 percent of those surveyed believing universities aren’t sufficiently equipping students with practical skills for the real world.

From university to a great career?

A report published in October by the University of Melbourne’s Youth Research Centre suggests that Generation Y is the first for which the once-guaranteed path from a university education to a good job is crumbling.

In fact, despite investing time and money into a university education, the report suggests it’s now taking up to ten years after high school for millennials to find meaningful, secure jobs. A report by the Foundation for Young Australians supports this, indicating that, on average, graduates will find full time work 4.7 years after completing their tertiary education.

And even if they’re finding employment, the nature of those jobs for many millennials is unstable. Though 95 percent of young people surveyed in the Youth Research Centre report said they valued job security very highly, one in four said it was something they didn’t currently enjoy in their jobs, which were often seasonal, contractual or casual.

The Future Leaders Index also highlights a large skills gap caused by large numbers of students pursuing careers for which there isn’t a high demand.

The 2012 introduction of the demand-driven tertiary funding system is thought to have resulted in an oversupply of graduates, impacting the job market substantially.

It’s not all bad news

Despite the decidedly rocky outlook, it’s important students and recent graduates keep things in perspective. Something to stay positive about? Data collected by Graduate Careers Australia suggests the unemployment rate among university graduates is less than half that of the general population – a testament to the enduring value of a tertiary education.

Huisman has still ended up in a job – although it’s outside of her previous not-for-profit experience.

“It’s not something I pictured myself in before now – but I am definitely enjoying it.”

What do you make of these findings? We’d love to hear your thoughts in the comments below.