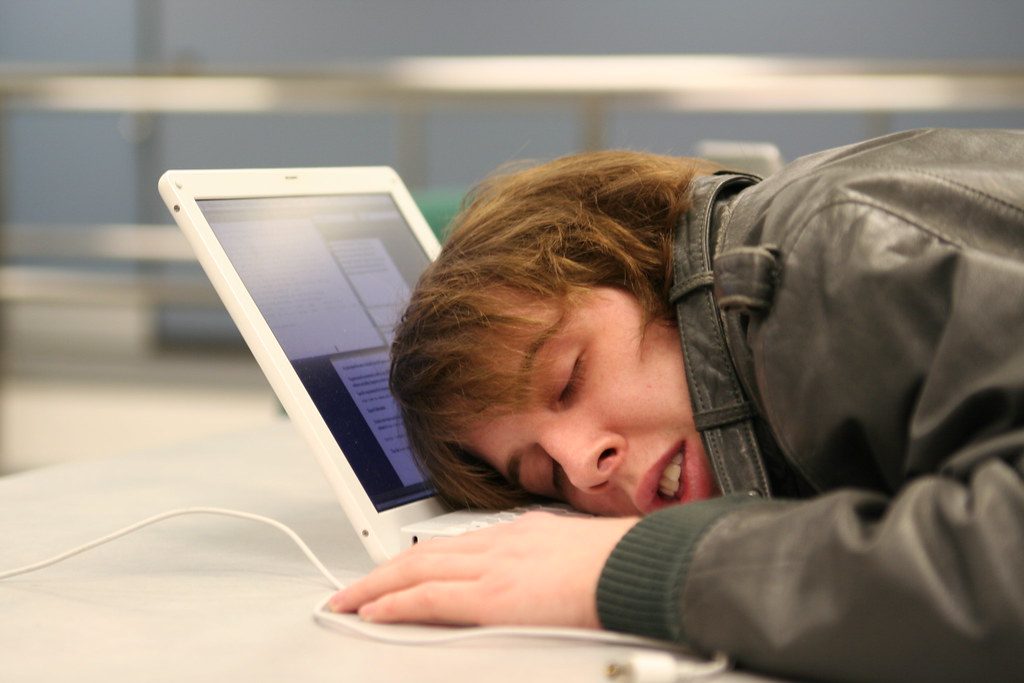 This is a guest post by Robert Breunig, Professor of Economics  and Mark Fabian, Lecturer at the Australian National University.

We are forever being told that we work long hours, many of them not formally paid. And we do. Nearly a quarter of working Australians say they work more than 50 hours per week. Around half of them say they would like to work less.

We are told long hours are bad for mental health, bad for families, and bad for the environment. But if they are really so bad, why do we work them?

One explanation is that we have no choice – many of us are trapped in jobs that require excessive hours from which we can’t escape.

But in Australia, these claims have been rarely tested.

We’ve done so in a new paper which makes use of the HILDA Household Labour and Income Dynamics in Australia survey, and found them wanting.

Overall job satisfaction among overworkers is quite high, at an average of 7.1 out of 10. This is less than the level of satisfaction of workers in similar or identical jobs, who are working as many hours as they would like. Their overall satisfaction averages 7.9 out of 10. But nonetheless, overworkers like their jobs.

HILDA includes useful questions about the components of job satisfaction, including satisfaction with hours, pay, flexibility, security, and work itself.

Overworkers have relatively low satisfaction with hours and flexibility, at 5.1 and 6.1, respectively, compared with 7.9 and 7.8 for matched workers.

But overworkers are compensated for these unwelcome hours with higher pay, better job security, and more interesting work. Their levels of satisfaction on these metrics are on par with those of matched workers or even exceed them in the case of satisfaction with the work itself.

The findings align with our findings about who is most likely to overwork. Managers are 10% more likely to work long hours than average workers, and professionals 5% more likely.

HILDA follows the same people year after year, allowing us to track changes in work patterns over time. We use this remarkable feature to track dissatisfied overworkers (those reporting less than 5 on the satisfaction scale) to see whether they are are indeed “trapped” in unhappy jobs.

Over time, usually within two years, their hours fall back to the point at which they are no longer dissatisfied. We cannot see why in the data, but we can speculate that they are able to negotiate with their employers for fewer work hours or better pay or conditions.

What about those overworkers who remain dissatisfied after two years, don’t enjoy improvements in their conditions, and don’t change jobs – the ones who are trapped.

They are extremely rare.

Across the 15 years of HILDA data we examined, we found 13,069 cases of overwork and 1,929 cases of dissatisfied overwork. Only 139 did not change jobs within 24 months.

The number of cases is so small that we have to be be cautious when speculating about why they seem to be trapped.

We have identified two associations that deserve further investigation.

Very few have nowhere to go

First, 14% were hospitality, retail, or service managers; 10% were farm managers or agricultural workers; 8% were road and rail drivers. Each of these industries is characterised by rigid and often long work hours.

Second, very few of the trapped overworkers were educated to a university level. That makes them reliant on experience to command high wages. It means that changing jobs or industries to get fewer hours can cost them a lot in wages because they lose their job-specific and industry-specific experience.

Incidentally, this is even more true for underwork.

Workers who say they want to increase their working hours can usually do it within 12 months.

Part-time work is important for parents and others trying to juggle caring responsibilities and employment. It will also become increasingly important for older Australians who might want to stay employed but work fewer hours as they near retirement. It is wrong to see part-time work as a problem.

Indeed, a fixation on restoring the 38- or 40-hour week might be linked to traditional, patriarchal views of men working full-time and women staying at home. It would impede new and creative ways of sharing caring and employment.

Intervening in labour markets to support the traditional working week would have large (negative) economic effects. People typically resolve concerns about working hours by themselves, usually to their satisfaction.

If we remain concerned about overwork – notwithstanding that most of those doing it don’t see it as a problem for long – it would be wisest to tackle it by tackling our culture (things such as the protestant work-ethic) rather than by doing anything to impede the workings of labour market.