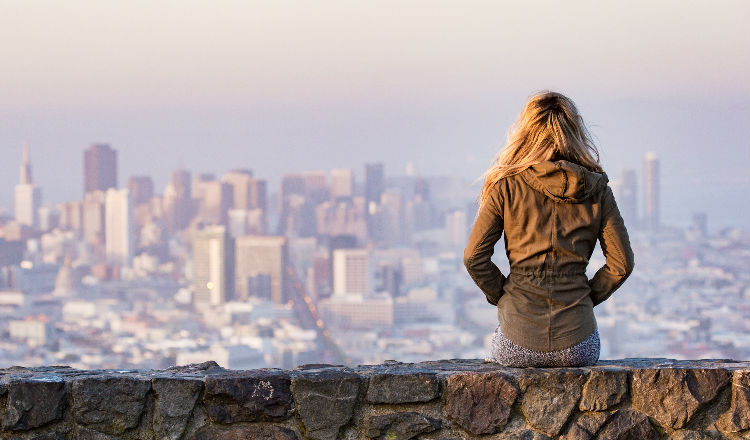 “Which industry disappoints a higher percentage of customers than ours?”
– A professional job recruiter

Recruiters and human resources professionals know that the ratio of successful candidates to those rejected is in massive disproportion.

With some prized graduate roles in the most successful consulting firms attracting more than five thousand applicants for a single vacancy, is it any wonder that many job-seekers leave the selection process disappointed and jaded?

What’s more is that when you literally receive dozens of job rejections, it is easy to get into a downward spiral of despair.

Some blame the system. Some think their education was simply a waste of time. Others just give up.

It has been said that one definition of insanity is doing the same thing over and over again and expecting different results.

Unfortunately, many job-seekers fall right into that definition, just as easily as flies get trapped into a spider web.

Don’t get caught in the trap

There are many traps that can fool the unsuspecting job-seeker into a sense of false security when going through a job selection process.

Here are some to be aware of:

1) Thinking a job advertisement or a job description tells all you need to know.

According to author of Re-purpose Your Career, Marc Miller, most job descriptions are written by people who have little or no understanding of the job.

He says they are filled with fancy qualifications (which the selected applicant actually doesn’t have or rarely possesses) and are most likely copied from one that was stored in a file and just re-hashed quickly to get the position advertised.

Having worked in the hiring game in HR for some years, I can fully attest to that happening. I’ve seen it many times. And as a line manager pressed for time, I have to admit to actually doing it myself.

2) Believing you have to meet all the requirements of a job before applying.

Most job advertisements paint an ideal picture of an ideal candidate. In most cases, it is so idealistic, that nobody on earth would have all the necessary requirements needed to perform the job.

So what happens? The unsuspecting job-seeker feels that they fall short of the requirements, and doesn’t bother even applying. Another ‘spider-web wise’ job-seeker looks at it differently. They meet about 60 per cent of the stated requirements.

So they write the application, and apply. The next thing they get is an invitation to interview. And before they know it, they’re offered the job!

Taking a calculated risk that they just might more closely match the job requirements than the other applicants, got them over the finishing line. You see, they understand that job applicants are assessed on their relative merits, not absolute ideal merits.

3) Thinking that a job interview is all about assessing skills through a rational behavioral interview process.

Well, if total rational processes ruled the game, then that is how the job-seeker would actually be assessed.

What really happens is very different. The interviewer has actually made up 70 – 75 per cent of their hiring decision about you in the first 30 seconds of meeting you.

They have looked you over, up and down, and sideways, and formed an instant impression about you.

According to best-selling author of Start with Why, Simon Sinek, decisions are often made at the emotional or intuitive level deep down in the limbic brain where it’s hard to put into language. It’s a kind of gut feel.

This bias is hard to shake off, and unless you impress them ten-fold during the interview, your destiny (i.e. a reject letter) has already been signed, sealed and delivered in their mind. Sad, but true.

4) Not understanding how much weight is given to cultural fit.

Many recruiters and employers state that there is a heavy weighting placed on a difficult, if not impossible, thing to measure often termed ‘cultural fit’.

This is an extremely difficult and subjective thing to measure, yet most employers say it is often the major deciding factor as to who gets the position.

What cultural fit really means can be a subject of disagreement and debate. But in my experience it can be one, or a number of factors, including:

This is the most common form of a self ‘put-down’ that will drive you to despair, especially when getting lots of these.

Hopefully, by now, you can see that for many of the reasons outlined above, taking a job rejection personally is as dangerous as taking any form of criticism to heart.

The old saying, “Sticks and stones can break my bones, but words will never harm me” – certainly applies here.

So receiving a job rejection letter is certainly your greatest teacher. You can do several things:

Finally, ask yourself, were you just going through the motions, or did you really target and align your cover letter and resume to the employer, check your network of contacts to see who may know you and refer you, research every last bit of the place, understand fully your own “why” or “purpose” to ensure you would make the utmost contribution, and as a result, give everything you have to getting the job?

If you still get that rejection letter, at least you know, it was probably due to something right outside of your control.

And that’s OK. It’s not fair, but realise that life isn’t fair either, so move on.

Your drive and ambition to secure the next one has just become so insurmountable, that nothing will stop you.

This is a guest post by Warren Frehse, registered career development practitioner, transition coach, leadership specialist and author. You can follow Warren here.