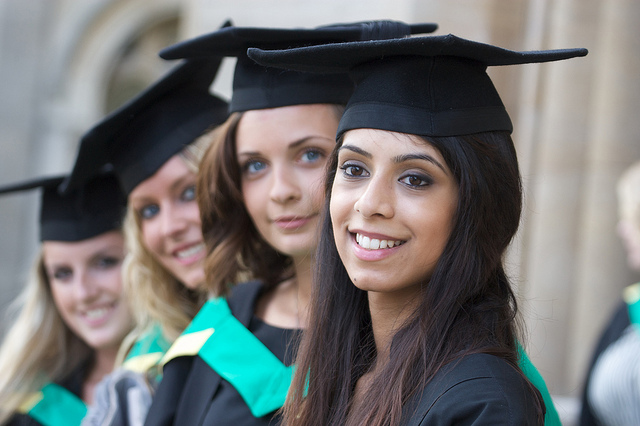 Are you about to graduate from university and embark on a career where your main aim is to make the world a better place?

In this guest post, Eli Schmitt – an activist and director of Skill Set, a retreat for young people interested in social change in the US – and Pippi Kessler share what they wish they’d known about working for a better world before graduating.

If you’re wondering how to approach the next part of your life, we thought you’d be interested to hear they’re perspective – it’s a bit longer than our normal posts, but it’s worth the time to read! As always, we’d love to hear your thoughts in the comments below!

When I graduated from college and moved to New York City, I learned a lot about social justice movements, and how young people do or don’t fit into them. Some of what I learned was told to me by other people, some of it I noticed watching myself and my peers, and most of it I wished I had known sooner.

I am writing this to you, social-change-oriented college graduates, college graduates to be, or just any young people living in capitalism, in the hopes that it might help you feel better and do more effective work sooner.

Disclaimer: I am about to say a bunch of critical things about higher education; there are also very good things about college.

When I think of “capitalism,” I think of the system that sorts who ultimately gets money and who doesn’t. Capitalist sorting happens under the pretense of fairness (people call the pretense of fairness “meritocracy”) but it’s a false pretense. College is part of this system, because it does the preliminary job of sorting people into categories of who deserves to get money and who doesn’t.

At least in theory, people who go to college can get jobs that pay more money than people who don’t. This is what I take people to mean when they talk about going to a “good” college – you yourself must be good, meaning, you deserve to be paid more for your job, you deserve to be thought of as intelligent and competent, you are just good in general. The corresponding idea is that if someone went to a less-good college, they would deserve less money, because they were less valuable. This could be one definition of the word “classist.”

College upholds the myth of meritocracy starting with the admissions process. In America, if you went to private high school and/or your family has class privilege, there’s a good chance that you were being “prepared” for the college admissions process from when you were a young teenager, or even before.

You might have had books about college, a college counselor, or family members who went to different colleges and could tell you about it. Some people get expensive test prep courses, tutors, and coaching about how they appear on paper.

But even as privileged teens get the upper hand in the unfair system, they are being told that they are fairly competing. Once you are accepted to or rejected from different colleges, you’ve been valued (or devalued) in the supposedly fair system.

Then, two, or three, or four, or five (or however many) years later, you graduate, or leave, and people ask you what’s going to happen next. When I was graduating from college, I found it really annoying to be asked about my career all the time, especially when I wasn’t sure what my career was going to be.

Part of the reason it annoyed me was because I felt like there was a right and wrong answer, a valuation of career or achievement-based choices that I was being reminded of. I think it also really sucks if you have huge goals (like ending oppression) or deep values (like that all human beings are intrinsically valuable, no matter what) and then someone’s weird parent at a graduation function is like “so what are you going to do with that art history degree?” and laughs at you.

I think it sucks because the message they’re sending you is “whatever your goals and values are, I only care if you’re doing a prestigious job, or working a job that I’ve heard of, or making money, or aspiring to make money.” And I think that’s a rotten message.

What College Trains You For

But unless you went here instead of college, it’s unlikely that you were intensively trained in social change work as an undergraduate. If your college had a “Mobilizing and Sustaining Massive Movements for Systemic Change” major, please, please let me know. Otherwise, you probably had to study history or sociology or comparative literature or something. Or maths.

The ritual of choosing a major or an area of study, and choosing this as your identity (“So, what’s your major?”), like choosing a college, masks historical and systemic forces that are preventing change. You couldn’t major in “Practically Dismantling Capitalism” because your college’s board of trustees does not want you to dismantle capitalism.

Academia is set up in part to buffer theories of change from actual change. If it wasn’t, there would be no myth of meritocracy.

But even just academic study itself is suspect: a few years ago, when I was graduating, I had lunch with one of my beloved comp. lit professors. I asked him what he thought about being an academic. He said, “Eli, you can tell that reading Foucault is not actually subversive because no one in power cares if you read it.”

I don’t think he was saying that we shouldn’t read Foucault or other authors who write theories about power and oppression — he was saying that if I wanted to make change, I shouldn’t look to academia. Because the theories on their own, in a context of individualism, competition, and class-based inequality (i.e. college) do nothing.

Activism As A Way of Life

What I mean by this is that even rich white guys (like my friends’ bosses at fancy companies here in NYC) feel bad about their bodies and worry about not being rich enough. If you become one of their interns (which I hope you don’t) you can hear them talk on the phone about their bad feelings with their personal trainer or financial analyst (true story).

This is not to say that rich white guys are equally devalued in capitalism as people without systemic power, or even that we should be especially worried about them. Just that their lives suck too.

So if you’re thinking you might try make a lot of money to escape what sucks about living in capitalism, I will say that the insanely rich people — even the hot/“interesting” ones — I’ve met since I graduated college aren’t doing that well (this observation is also backed up by research).

If you went to college, someone has probably tried to value or devalue you based on where you went to school. This is also true for your job-search, job prospects, and then, if you’re fortunate, job.

One of my friends talks about the distinction between your intrinsic human value (which everyone has, and is immutable) and your contextual value, which is, like, if you’re good at sports, or know how to do data analysis, or know a lot of people in a certain activist circles. Your contextual value changes based on what happens to you and based on context.

College, capitalism, and the myth of meritocracy tend to overweight peoples’ contextual value and disregard their inherent value. So valuing yourself and others, and not confusing your inherent and contextual value, is actually one powerful and covert way to stick it to the system.

This can be tough if you’re applying to lots of jobs and not getting them. It can also be tough if everyone you meet is asking you about your career, implying that it’s the most important thing about you. It’s not.

Radical values, especially at an emotional and interpersonal level, don’t always make sense in intensely capitalist contexts. If you hold radical beliefs and commit to living in broader culture, it can be a real pain in the ass. If you work at an ad firm, but you want everyone to love themselves and their bodies and be in strong, vital communities, you’re not the crazy one.

I think one way capitalism convinces radical young people to have more conservative adult lives is by pushing them to rationalize away the dissonance between their radical beliefs and their conservative surroundings. In order for your beliefs to survive, it’s important to resist this.

My advice: stay with your discomfort, acknowledge the complexity, be compassionate with yourself, and make space to process the dissonance, rather than rationalize your way out of it.

Example of rationalizing: “Because no one really cares about feminism, I can’t change anything, either in myself, my community, or my workplace. One person can’t effect systemic change anyways.”

Example of not rationalizing: “I have these strong feminist beliefs but it’s really hard to find an outlet for them or any support around them, and I’m beginning to notice that I doubt my own commitment to them. It feels bad. I’m going to try and figure out what I would need to maintain these beliefs in what is turning out to be a hostile culture.”

Promise yourself that you will try to figure it out. This another form of self care. Part of the project might also involve transforming relationships with people who only value you based on your career and achievements.

You may be picking up on a contradiction! You might say “if it’s important to make change, how can you also tell me that my career is not an important thing about me?” To which I say, what we choose to do in our lives is important.

Being conventionally successful is not mutually exclusive with social change work, but they’re definitely not the same. Most people I’ve met in the last few years who are drawn to prestige and external validation through professional success also struggle to be good activists.

They want people to affirm their contextual value. They want to be the best, or the coolest, or the most cutting edge. They aren’t necessarily working on personal, interpersonal, community-level, or systemic change. I think it’s easy to understate how damaging these needs for arbitrary, professionalized, or class-based validation can be for people’s social change work.

What else can you do? Things we already said are important are to a) value yourself and b) avoid rationalising. But what else should college graduates do, if they want to change the world?

Then you can write the story of your life, and it can be a story that includes many other people who grow and change with you, and grow the work, and make the community, and then the world, better.

This is an edited version of a longer post written by Eli Schmitt and Pippi Kessler which originally appeared on Youngist.org – a youth-led, fiercely independent political and cultural website.