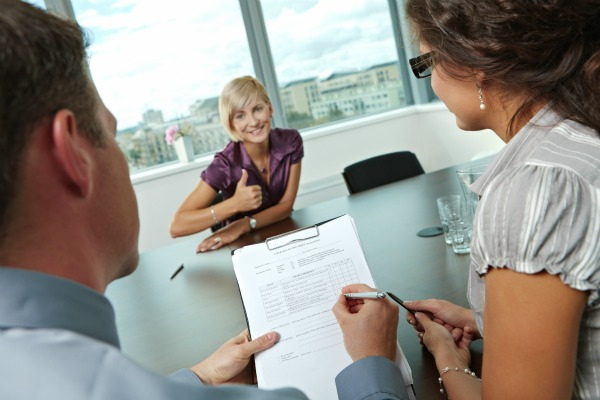 Even if you’re doing everything right, you may have overlooked one crucial element of your job search – an element that could give actually double your chance of landing an interview for your dream job:

Having a personal referral from someone inside or connected to your potential employer.

According to research published recently by the Federal Reserve Bank of New York and Massachusetts Institute of Technology, “referral recipients are more than twice as likely to be interviewed and – conditional on interview – about 40% more likely to receive an offer” than those applying through job boards without a referral.

The researchers looked at recruitment for 315 jobs, and found that while only about 6 per cent of job applications come from people who have been personally referred to a job, those applicants make up a much larger proportion of interviewees  – 21 percent.

Not only that, but people personally referred for a job made up more than a quarter of all people finally hired – 29 percent.

Other research has shown that applications by referral are as much as five times more likely to result in interviews than non-referred ones!

While the research is based on data from a US corporation, we reckon the results would be broadly reflected in most Australian ethical organisations’ recruitment.

So if you’re looking for ways to boost your chance of a referral, here are three key ways that you can grow your network to help you land your dream ethical job:

1. Be clear about what you want

Before you even think about approaching someone in your network to refer you for a job, it’s important to work out exactly what your dream job looks like.

One great way to do this is by developing your own brag book – we wrote about this late last year. It’s a document that outlines the key attributes of the job you are looking for, that you can email to people in your network so they can better help you.

But even if you don’t create a brag book, you’ll need to have a clear understanding of what you want – or don’t want – in a job so that your network can really help you and not waste their time referring to jobs that you would never apply for. Think about:

For example, the newly launched National Disability Practioners association is one of the more recent professional associations relevant to ethical job-seekers and includes networking opportunities as part of its member package.

Another way to take advantage of professional networks is to join a register –such as the Community Workers Register – which provides access to networking events and extra credibility for those who have the qualifications they need, but not the job to go with it.

3. Go to a networking event

Networking at events is easy when you have a job and might be funded to attend a conference or join cross-organisational networks.  It gets a bit harder – but not impossible – when you’re out of work.

Check out LinkedIn, Facebook or MeetUp.com for groups of professionals in your field of interest. Chances are those groups already organise regular or occasional meet ups with each other.

There’s also a number of conferences and expos relevant to the NFP sector that, while not specifically designed for job-seekers, are a great way to meet a large number of relevant people at once and get a few contacts who you can follow up with later.

Some examples of sector expos include the ACN Nursing and Health Expos in Victoria and WA later this year or the Independent Living Expos in Brisbane and Sydney in May. But that’s just the tip of the iceberg.

Find an expo relevant to you by searching online for your preferred NFP sector followed by “expo” and your city to see what’s in your area.

We’d love to hear your own tips on how you’ve networked in the past, and whether it’s ever landed you a job!