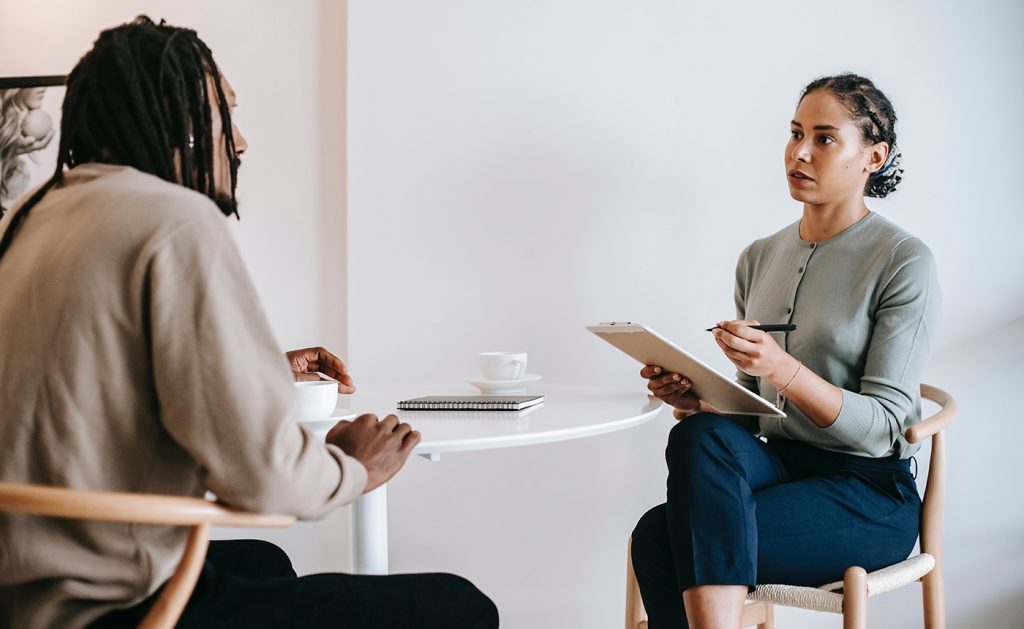 So you’ve been invited for an interview for your dream ethical job! You’ve prepared with answers to some of common interview questions, you’ve practiced the STAR method, and you may have even done some mock interviews.

But do you know which questions your potential employer can’t legally ask you? And have you considered how you might respond in the awkward situation that you get asked one of them?

Up until 1975, employers could take just about anything into consideration when assessing a candidate for a role. But the Commonwealth Racial Discrimination Act (1975) – passed by the Whitlam Government – declared it illegal for:

Since 1975, there have been several more Commonwealth and state/territory acts passed to ensure equal opportunity for everyone.

For example in Victoria, section 107 of the Equal Opportunity Act 2010 (Vic) states:

A person must not request or require another person to supply information that could be used by the first person to form the basis of discrimination against the other person.

It means it’s illegal for a potential employer to ask you questions like:

Under the Age Discrimination Act (2004), it’s unlawful to use a candidate’s age – or presumed age – to determine their suitability for a role. Employers may be able to guess how old you are from the your CV or LinkedIn profile, but they can’t ask for or use that information in assessing you for the role.

2. Are you pregnant or planning to start a family?

The Sex Discrimination Act (1984) includes a complete section on the illegality of discrimination on the grounds of pregnancy or potential pregnancy. That means employers cannot ask you about this in an interview, or use it in any way to assess you as a candidate.

A candidate’s political persuasion, or their “political opinions” about particular issues cannot be taken into account during recruitment. It’s likely that most for-purpose employers will be interested in your values though, and it’s totally legal for them to ask you about what values are important to you (and quite likely they will).

4. Do you have a physical or mental disability?

According to the Disability Discrimination Act 1992 – Section 15, in determining who should be offered employment, it’s unlawful for an employer to discriminate against a person on the grounds of their disability. So you don’t have any requirement to disclose an existing mental or physical disability.

While this question is unlawful under section 15 of the Racial Discrimination Act 1975, some organisations in the NFP sector have an exemption to allow them to discriminate for particular roles – for example, hiring an indigenous person for some roles that work directly with indigenous communities.

Some for-purpose workplaces are highly unionised, while others have few union members. Either way, it’s unlawful for any employer to take into account your union membership (or lack of it) when interviewing you or in any other part of their hiring process.

There are a few exceptions to the rules above.

In the Fair Work Act there’s an exception which allows employers, or potential employers, to request information for a non-discriminatory reason such as the inherent requirements of the particular position. For example if the role requires heavy lifting, they may ask if you are physically fit for the position.

In addition, each state has a body like Anti-Discrimination NSW or  the Victorian Civil and Administrative Tribunal (VCAT) which can grant temporary exemptions, allowing discrimination to be lawful in some circumstances.

The Sex Discrimination Act 1984, section 30 also allows certain discrimination on the grounds of sex if it is “a genuine occupational qualification, in relation to a particular position, to be a person of a particular sex” for example, some domestic & family violence roles include exemptions to hire female only applicants.

But as a general rule, you should not be asked questions about any personal attributes that are not relevant to your ability to perform the role.

If you think your interviewer has asked an unlawful question, what should you do?

You can refuse to answer – but if it’s your dream job, it may be tricky to flat out refuse.

It’s best to assume that the employer is unaware of the law – which it’s common for small not-for-profit organisations that don’t have experienced HR or legal advisors to not be across all the details of employment law.

Start by asking as politely as possible how the question relates to the role – for example: “Good question – I’m just wondering how that relates to this role though?”

This will hopefully cause the interviewer to realise what they have done and withdraw the question.

Or, it may help them to clarify for you whether the question asked was actually unlawful. Extra context from the interviewer may reveal that the question was asked for a non-discriminatory reason after all.

If that doesn’t work, saying something like “I’m not sure that I need to answer that question” is a polite but firm way to stand your ground in an uncomfortable – but hopefully rare – situation.

Knowing what your potential employer is not allowed to ask during an interview can occasionally be just as important as preparing for what they probably will ask you. Being prepared with a response to most questions should make you feel more confident and able to steer the interview where you want it to go.

There’s more information about workplace discrimination and what you can do if you think you have been discriminated against at Fair Work.