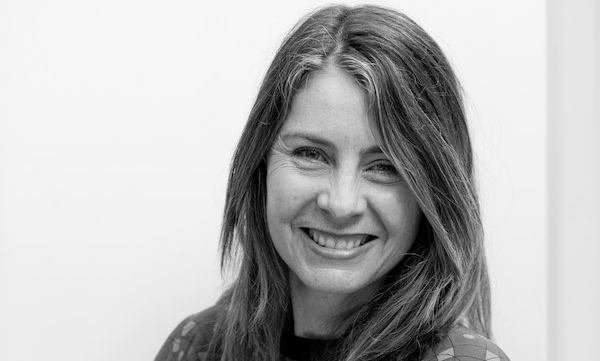 Today’s story is from Jenni Beattie who found her role as Communications and Outreach Manager for Australians for War Powers Reform on EthicalJobs.com.au.

My first job straight from university was working at McCann Erickson Advertising in Sydney as a researcher. It had a lot of variety and it really crystallised my love of research and insights to drive strategic communication.

I studied a Bachelor of Applied Science Information (Mass Comms major) at UTS. The course gave me a good grounding in a range of useful subjects and my career has reflected that with titles as varied as Internal Communications Manager, Researcher, Innovation Manager and Social Media Manager. Learning, however, is constant and doesn’t stop with a degree — it’s about constantly seeking out new information, particularly in the digital media field. Today I stay up to date by reading blogs, doing short courses and attending a load of webinars which have proliferated in the COVID-19 lockdowns!

In my early career I worked for News Ltd, CARMA International (did a short stint in Washington DC, which was fun),  The Leading Edge in qualitative research, and I have also taught a range of subjects at UTS from Integrated Communication through to Digital Media and Innovation. Today, alongside my new part time role with Australians for War Powers Reform, I run my own digital communications consultancy, Digital Democracy and I work mainly for NFP clients predominantly in the health and welfare space. I also mentor Communication graduates to reach their career goals.

Australians for War Powers Reform emerged out of the Campaign for an Iraq War Inquiry, established in 2012. That campaign called for an independent inquiry into the reasons behind Australia’s participation in the invasion of Iraq in 2003, to draw out what lessons can be learned for the future.

Australians for War Powers Reform takes these important questions of the original campaign forward into a renewed national examination of Australia’s war powers. Not many Australians realise that the PM alone can take the country to war without the approval of Parliament – that needs to change we need to #BeSureOnWar. Please check us out online on Facebook and on Twitter.

My part time role as Communications and Outreach Manager includes editing our bulletin, website tasks, managing the social media channels and crafting the digital campaign strategy. Social media never sleeps so keeping up with the news and growing the channels is important. During COVID-19 there are a lot more eyeballs online so it’s a great time to speak with your key audiences.

It is early days in the new job but developing up the digital campaign strategy is super exciting and working with an eclectic and well-qualified bunch of people is also really rewarding. Even at this point in my career I want to work with super smart people — you have to keep learning! It is also nice to work in a team environment (which these days means Zoom meetings). Unlike most of my client work (which is typically short projects), this is a long term gig and I am excited about seeing the progression of my work.

I have always known that EthicalJobs.com.au was a great place to look for a job in the NFP sector and have previously posted jobs there for other clients when they were seeking staff.

I have always been active since I was a teenager in advocacy groups. I spent a large part of my youth protesting in anti-nuclear rallies and worrying about nuclear war.

As it turned out, the year I went backpacking to Europe, the Chernobyl accident happened so it was pretty frightening! Later on I marched in the Iraq War rally in Sydney with my two children in tow. I was outraged that despite public opposition to the war, Australia was still involved. War is a serious proposition and we need better checks and balances and a more democratic process. When I saw the role I just knew I needed to be involved.

It sounds like a cliché but I really do like to make a difference. It gets you out of bed in the morning and motivated to hit the keyboard. I have worked for and with a range of NFPs including Cancer Council NSW, GI Cancer Institute, ACON, The Ethics Centre, FASDHub, Autism Awareness and others. My passion for health NFPs started over 20 years when my child was born with a disability. It made me examine access and equity issues in life more closely and I have been passionate about this space ever since.

My advice to other ethical jobseekers is just keep searching for the right fit. Make sure you have the right skills or develop them as you go. If you are just starting out perhaps volunteer with your favourite NFP to get a feel for the organisation.