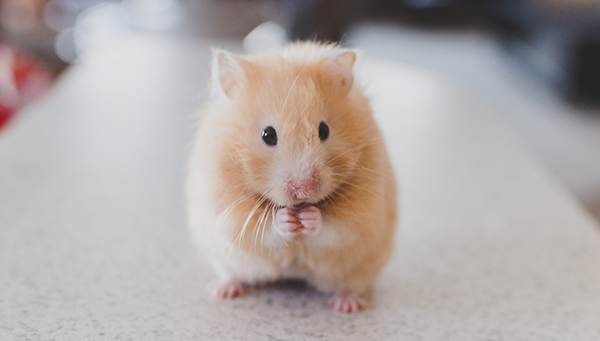 This is a guest post by Selena Bartlett, Professor, Neuroscience, Mental Health and Well Being, Faculty of Health, Queensland University of Technology.

Hunched over, hardly moving for hours on end, hitting the same buttons again and again in the hope of a future reward . . . sound familiar?

I’ve spent most of my 20-year career as a neuroscientist in laboratories, studying rats and other animals to better understand how and why our brains get stuck in vicious cycles of addictive behaviour.

But over the past two years, I’ve also started working with people on applying what I know in the human world of work. And what I see in most of the workplaces I visit – everywhere from corporate office towers to government departments and blue-collar work sites – is strikingly similar to the behaviour of addicted lab rats.

Even when there’s a big cage they could explore, if you set up a reward system where rats repeatedly hit a lever to get another dose of alcohol or sugar, they won’t go anywhere but instead keep doing the same thing, day in, day out, until they die.

Yet there are proven ways to help lab rats and humans cope much better in a stressful environment – starting by realising you can change what’s in your mirror.

Are you someone others want to mirror?

The first sign of an unhealthy workplace is a pervading silence: everyone huddled at their desks, heads down, eyes glued to their screen. In that kind of environment, you won’t see many people trying new things or taking risks; instead, it’s all about looking the busiest.

If you were to ask someone there how well the workplace is working, you’re also likely to discover that people are afraid to delegate or share their work, let alone share credit with others. And there’s little eye contact to be seen, with few signs of social interaction or collaboration.

We’ve all worked in places like that. But be warned: we become like the environment we work and live in, and the people we connect with.

That’s because we are social animals, with mirror neurons that help us mimic each other’s actions. Mirror neurons are one of the reasons we learn quickly and how innovation spreads rapidly; think of the success of Facebook as an advertising platform.

The brain’s mirror neurons have recently been proposed as the basis for the rapid spread of language and innovation that created human civilisations. It’s also a matter of self-interest: being nice to your colleagues is a good idea, not least because rude behaviour is contagious.

The social environment of a workplace powerfully predicts the level of engagement, creativity and innovation of its people and its products.

But you can influence what you see and experience at work – including through movement and connection to others.

For a start, if you’re sitting down reading this, stand up.

Look around for someone to talk to or have a cup of coffee with; and when you do, ask how they are and focus on actively listening, rather than feeling that you should offer solutions to any problems they might raise.

Give your brain a ‘neurobic’ workout

Repeating the same task locks our brains into autopilot and before long we are distracted and bored. Suddenly, we find we have spent several hours on Facebook, checking emails, scanning the news, all to make us feel better and more stimulated, though only for the short term.

Your brain is a thinking and learning machine. When you’re bored, it’s screaming out for something new or challenging to think about – often the very things we choose to put off, such as tackling that 50-page report for your boss, or calling a difficult client.

Like rats in a cage, we need new stimuli to be motivated to explore. Otherwise we keep pressing the same lever to get the same reward – and nothing changes.

Professor Kent Berridge and his colleagues have shown that when dopamine is released in response to something novel, it stimulates motivation. His research has shown that blocking dopamine in the brain doesn’t affect how often the rats exhibit pleasure responses – but it reduces the rats’ motivation and turns them into lazy and unmotivated rats.

If we want to stimulate our motivation brain circuits to think more flexibly and creatively, we need to get our brains off autopilot.

How? One way is through “neurobics”, a term coined by the late neurobiologist Lawrence Katz. This involves engaging different parts of the brain by doing familiar tasks using different approaches, such as brushing your teeth or dialling the phone with your non-dominant hand.

Or you could try the inexpensive exercises at BrainHQ, which Todd Sampson used on the ABC TV show Redesign My Brain. Or you could read Michael Merzenich’s Soft-Wired, which explains the science behind taking better care of brains of all ages.

Take a deep breath, then watch your thoughts

When you woke up this morning, what was the first thing you said to yourself? Was it “I can’t wait to start the day!”? Or was it more along the lines of: “Thank goodness it’s Friday. I hate my job and my life…”?

Guess what? Whatever you thought, you were right.

The brain is constantly shaped by your thoughts patterns and stress activates the amygdala, a part of the emotional brain.

When you’re on a roll and thinking positively, good things seem to come your way. When your moods and thoughts are negative, your life seems to reflect that. The pattern feeds itself: whether positive or negative, you are learning and wiring it into your brain.

To start to become more aware of your own thinking patterns, try a deep-breathing exercise. Breathe in through your nose for four counts and out for four counts, and notice what you are thinking and write it down.

Brain scans reveal how much we can change what’s happening in our own minds through controlled breathing, especially when we make it a habit.

Movement, connection to others, “neurobics” and controlling your breathing are all important steps towards a healthier work life.

By rewiring our own brains for the better, we can each cope more effectively with the daily stresses of the rat race. And because we’re social animals, you may even see some positive changes being mirrored back by those around you.