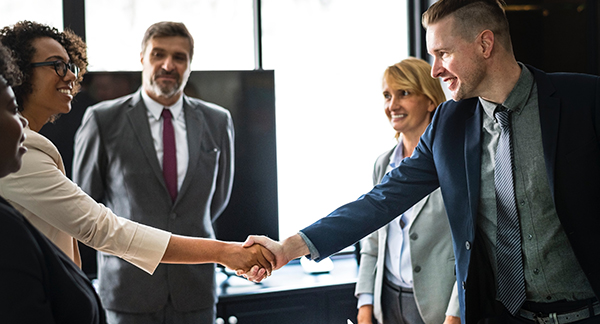 What’s in a name? A lot, according to research. Your name can have a huge influence on your prospects in life. Much of this is due to bias, stereotyping and other rules of thumb that people employ when making judgements about others.

In hiring this can be a huge problem. While there are several personal characteristics in Australian federal, state and territory legislation that are protected from discrimination, it is difficult for humans (or even artificial intelligence) to make unbiased judgements. The characteristics that are protected from discrimination include your gender, whether or not you have a disability, your race, religion and sexual orientation.

But even if you don’t disclose these features on your CV, our names can suggest much about us. Here are four ways your name can affect your job prospects:

In the UK, after the Race Relations act of 1965, sociologists decided to investigate how common racial discrimination in hiring was. They sent pairs of identical CVs to prospective employers. The only difference was that one used a traditional English name and one used an “ethnic” name. The “white-sounding” names received far more favourable responses, despite the fact that they had exactly the same qualifications and experience.

This research shows clear racial discrimination against non-native names. And this type of research has been repeated over the years, popularised by the book Freakonomics, which featured research from the early 2000s showing how candidates with “white-sounding” names are favoured over those with “black-sounding” names in the US when applicants have exactly the same qualifications.

Sadly, change has been slow, as the same bias was found in research published just last year. It found that minority ethnic applicants in the UK had to send 60% more applications to get a job interview than their white counterparts. For people of Nigerian and Middle Eastern and North African origin it was 80% and 90%, respectively.

The alphabetical order of your name can also be extremely important in your career prospects. The effects of having a name early in the alphabet likely start in school due to the primacy effect, which is where the first piece of information an individual is presented with retains more importance in their mind. So individuals with names that are ranked earlier in the alphabet, appearing first on registers or marking lists, may be subconsciously treated more favourably by teachers.

This may just sound like whining from an academic with a name that appears late in the alphabet, but research shows that surname order influences university selection, academic tenure and even the likelihood of an individual being voted for.

Your name also signals your gender, in the majority of cases. And if you have a gender-neutral name, you have probably experienced the phenomena of people assuming your gender in email correspondence. Researchers using the same method as racial discrimination studies found evidence of gender discrimination when CVs were identical, differing only in traditionally male and female names.

Your name can also suggest your age. When I say the name Agatha or Albert, the image of a person of a particular age is likely to appear in your mind. Similarly, the name Zachary or Zara may bring to mind a different age bracket.

Research backs this idea up. When researchers used pairs of CVs that differed in only dates of birth and years of graduation, to apply for jobs where a “new graduate” was sought, they found a rate of 60% of age discrimination against the older applicant. However, when the researchers applied for more senior, retail manager jobs, they found a rate of 30% discrimination in favour of the older applicants.

So while you may hide your date of birth and years of study from your CV, as soon as we use candidates’ names in selection, we are likely to assume something about their age.

Clearly, there is a lot more in a name than we would perhaps first assume. This provides a strong justification for the need to make job application processes more “blind”, including hiding people’s names because of the characteristics they can infer.

Some companies have done this. Some have even gone further, taking CVs out of the equation all togetherand some orchestras have made their auditions blind to prevent sexism from influencing hiring decisions.

But there are many types of jobs, including in academia and journalism, where individuals are hired based on their reputations. Professional reputation is important. Here, we should try and quantify the quality of that reputation, and compare these metrics, rather than judging a job applicant simply by their name.

This is a guest post by Ricardo Twumasi, Lecturer in Organisational Psychology, University of Manchester. This article is republished from The Conversation under a Creative Commons license. Read the original article.