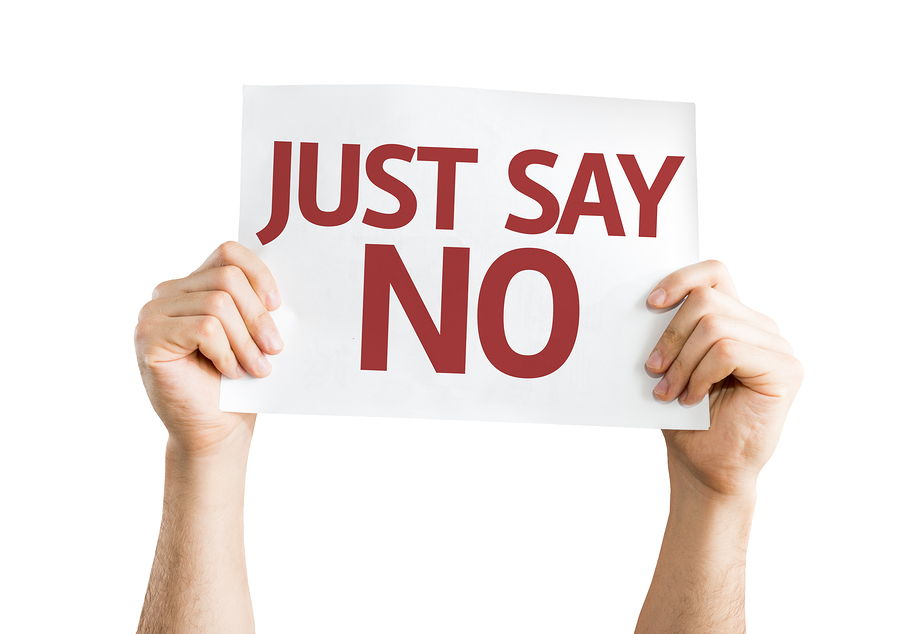 Have you ever been offered your ‘dream job’ only to find out it wasn’t all that you’d hoped for?

Though difficult, sometimes there are very good reasons to turn a potentially exciting job opportunity down.

Take this cautionary tale from Michael – a member of the EthicalJobs.com.au community – who had been out of work for a while and was excited to be offered a job opportunity through his personal networks.

In his enthusiasm, he ignored the red flags he encountered along the way – including having to move interstate when he wasn’t quite ready, the role not being exactly what he wanted and the interviewer missing their first video interview.

And, as it turns out, he would’ve been much better turning the job offer down:

“By the time I’d been offered the job I had forgotten you could say no. So I found a place, packed my things and moved up. Turns out the company was a basket case, and the accommodation I organised turned out to be a hallway where I got bedbugs. I left the job inside six months. The whole thing taught me that it was okay to say no.”

Whilst hopefully you’ll never come up against such a dire situation in your job hunting – especially in the not-for-profit sector – here are five reasons you might want to reconsider your next job offer:

1. The job doesn’t tick all your boxes

When starting your job hunt, having a list of ‘non–negotiables’ will narrow down the field and make it easier for you to decide which jobs to apply for, and which ones are better left for someone else.

This could include everything from the type of organisation you want to work for, to whether you’re willing to move for a job, or deciding on the minimum salary that you’d be happy to accept.

If you’ve been offered a job and find yourself saying “this is a fantastic job opportunity, but… the pay won’t cover my rent/I’m not sure about the long commute/I’m not that passionate about the organisation’s cause”, then maybe it’s worth thinking twice about.

2. It doesn’t align with your long-term career goals

It can be easy to fall in love with a job that’s not quite right – but if you have a specific career goal in mind, be careful not to take a job that appears to tick all the boxes but might actually be a step backwards.

Eleanor works as a community support worker in a disability organisation. But, what she really dreams about is working in a women’s organisation supporting women and children experiencing domestic violence. A role comes up at her current job – it offers more pay and more job security – however it won’t get her any closer to her dream role.

Instead of taking that job, Eleanor may be better off holding out for a role that will help her gain the right skills and experience she needs to move towards working in domestic violence.

3. The employer’s reputation leaves something to be desired

On paper, an organisation and job may look great but – just like job-seekers – organisations tend to be on their best behaviour during a job interview.

If possible, do some research into the organisation you’re applying for. Some ways that you can do this could include:

4. Their values/mission/culture doesn’t align with yours

Ethical job-seekers are more passionate than most about working for organisations with clear values and a meaningful mission. So, understanding if the organisation’s values match your own is an important step in working out if a job is right for you.

You could do this by reading their annual reports and website, signing up for their newsletter or scrolling through their social media.

No matter how much research you do, or how much you try to weigh up the pros and cons, sometimes your gut instinct will just say ‘no’.

It might be that deep down you’re hoping for a better work-life balance, or that you simply left the organisation’s office with an uneasy, feeling. Whatever the case, it can be tempting to ignore your gut instinct because it’s hard to define – but it’s there for a reason and often worth listening to.

Finally, it’s clear that not everyone has the luxury of turning down a job. It’s also worth remembering that no job will ever be perfect, and compromise is always necessary.

Therefore, spending some time before you start job hunting to think about your non-negotiables, but also the things you are willing to compromise on, can be helpful when making a decision about whether or not a job is right for you.

For example, if a pay rate isn’t what you had hoped for, the organisation may offer other benefits such as salary sacrificing or flexible work hours to balance that out. Similarly, a role might not be in the perfect location for you, but if it’s with an organisation you’re extremely passionate about, it might be something to weigh up.

But if you’re in the job market and can afford to wait that little while longer for the job that makes you leap out of bed every day, then you probably won’t regret it!