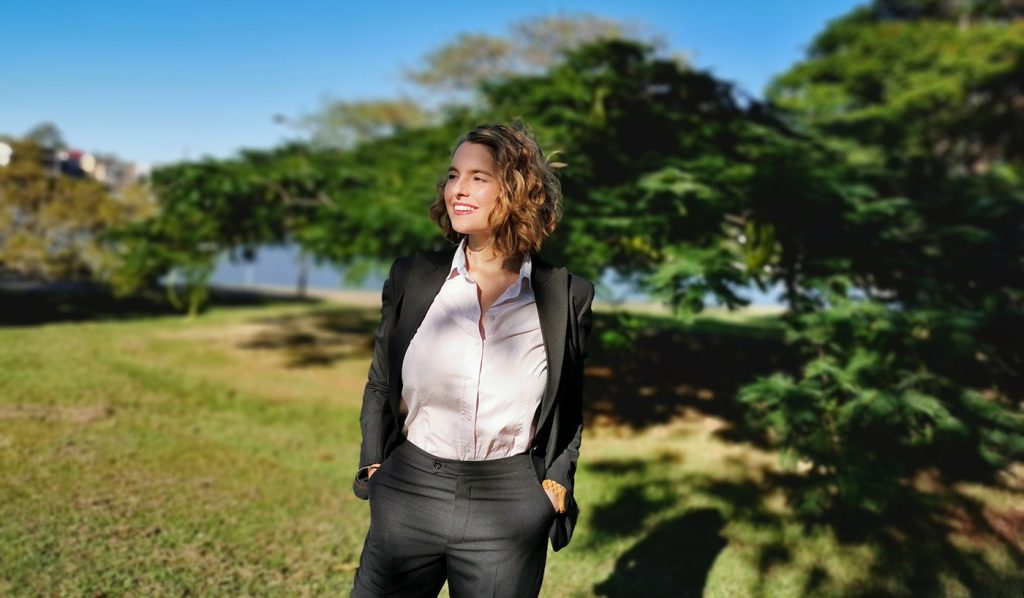 Today’s story is from Inari Saltau, who found her role as Campaign Operations Officer at Solar Citizens on EthicalJobs.com.au.

Solar Citizens is an independent, community-based organisation bringing together millions of solar owners and supporters to take the next step and keep growing renewables in Australia.

My first ever job was in my mother’s shoe store in rural Queensland while I was in school. I would help unpack the shoe orders, help customers and run sales through the till.

I have recently completed my bachelor’s degrees in International Relations and Development studies at the University of Queensland and have been studying full time while in my current role with Solar Citizens. My degree helped me find my area of interest in community development and helped me to think critically about what work I want to do and how paid work can fit in amongst my other commitments, and the community work I want to do in an unpaid capacity. I also developed some great skills in communication and research which have been useful in both my paid and unpaid work.

At 23, I am very much at the beginning of my career journey although I have had some amazing unpaid opportunities that have led me to my current role. I spent two years as one of the National Directors at a feminist organisation and led around 12 volunteers. Highlights of that role included running two of the largest independent feminist festivals in Australia and building my skills in team management and volunteer support. A number of other volunteer roles with Oaktree, UN Youth Queensland and the Australian Youth Climate Coalition have all developed my skills in campaigning, event organising and leadership.

I also worked for my university for a number of years, my roles included administration in the department of student services, an event assistant and a peer support worker for students with disabilities. These roles were invaluable in developing my administration and communication skills that I now use daily in my current role.

Solar Citizens is an independent, community-based organisation working to protect and grow renewable energy in Australia. We believe that when Australia’s millions of solar owners and supporters stand together, we’re powerful. We run campaigns that use people power to put pressure on decision makers and bring about a renewable future for all Australians: where the rights of solar owners are protected, and everyone has access to cheap, clean energy.

As the Campaign Operations Officer at Solar Citizens I run the administrative operations of the organisation and support the campaigners to run our powerful campaigns for renewable energy. My job is very varied as I support a wide range of tasks. Main aspects of my role include donor support, I call our new donors to personally thank them for their support of our work, database management ensuring our data system is well kept and being used efficiently, I manage our compliance requirements to ensure we are meeting our regulatory requirements and I help manage our website, post on our social media and respond to supporter enquiries via email.

What has been really rewarding about my role has been working on a campaign to see renewable power be the future of Queensland. As someone who has grown up here and cares deeply about mitigating climate change and looking after people to ensure they have a just transition in this process, working on a campaign to see this region become a powerhouse for a sustainable renewable future has been an amazing experience.

I was recommended EthicalJobs.com.au by a friend! That’s where I saw the role.

The purpose of Solar Citizens was what first attracted me to apply for the role. Growing up in the Darling Downs during the Coal Seam Gas boom I saw my community really hurt by the fossil fuel industry and I became really passionate about seeing our communities transition from fossil fuels to renewable energy. I saw the great work Solar Citizens was doing to help grow renewable energy in Australian and the care for renewable jobs in regional areas, I really wanted to be a part of this work for the energy transition and that drove my application.

I don’t think the not-for-profit sector is perfect but in this sector, I do have a wider range of choices to follow my ethics and do work that I care about and believe in.

Volunteering was really pivotal to building my skill base to help me get a foot in the door in the environment sector. But I did a lot of volunteering because I cared deeply about the organisations I was involved with not because of how they would look on my resume. I would encourage anyone, but especially young people, to find what work they care about and find a way to volunteer or put some of your time into that work. By doing that you will be following what you care about and building your skills at the same time which you can then use to find paid roles in an area you care about.