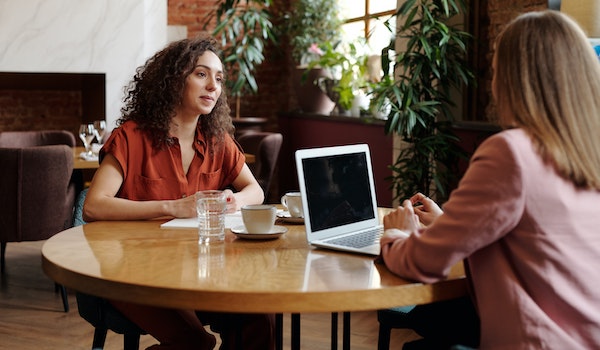 You’re sitting in a strange office about to be interviewed for your dream job. You try to calm your thoughts as you prepare for the barrage of interview questions you are about to be asked. Your palms are sweaty and you reach for a glass of water you’ve been offered.

But where’s your interviewer? They’re already 10 minutes late and you’ve been left to wait alone.

Maybe this job isn’t for you after all…

It’s easy to forget in the haze of nerves that a job interview is just as much an opportunity for you to size up the organisation and its people as it is for them to see if you’re right for the job.

Beyond the job description and organisation’s website, here are 7 red flags that can tell you pretty quickly if a job might be best left for someone else.

1. Your interviewer is late

This is particularly important if the person interviewing you will be your direct supervisor. Would you really want to work under someone who is disorganised and late? A good boss will ensure interviews run smoothly by allowing enough time for each candidate – or at the minimum, they should communicate clearly with you if they’re needing to delay or change your interview time.

2. She badmouths the person you’re replacing

Badmouthing an outgoing employee? That’s a sure sign of a toxic workplace – or at the very least a toxic boss! There is no excuse for this sort of poor behaviour in a job interview. If you ask the interviewer about why someone has left a role – and the true answer might not always be easy – then a good boss will be able to find a diplomatic way of stating the facts without resorting to bad-mouthing.

3. He hasn’t looked at your resume

By the time you get to the interview stage it’s reasonable to expect that the interviewer has a good grasp on your work history and achievements. A good interviewer will also tailor questions just for you. If they don’t seem to have even looked at your CV, reconsider whether the organisation is taking you seriously or not.

4. She can’t explain the role clearly

If you want to get a clear idea of what your new dream job might actually be like to work in, ask your interviewer to describe a typical day in the role. If they can’t clearly articulate the sorts of duties you would be undertaking and what they expect you to achieve, then that’s a red flag. Starting a new job is hard enough – starting a new job where no one knows what you’re supposed to be doing, that’s a nightmare.

5. The company has a high turnover or toxic culture

Nobody wants to work in a dysfunctional organisation, but it can be hard to discern a toxic culture during an interview. If a role is advertised multiple times over a short period, it could be a bad sign. Be careful though – it could also just mean the role has been a difficult one for the organisation to fill.

If you’ve seen the role advertised a number of times, the interview is a good place to ask about this. A healthy organisation should have no trouble explaining to you why they’ve needed to advertise repeatedly – if they can’t do this, that’s not a good sign.

6. You get asked inappropriate questions

There are equal opportunity laws in Australia that prevent employers discriminating against applicants based on race, gender, age, etc. A potential employer has no right to ask personal, inappropriate questions like your age, religion, marital status or sexual orientation. Check out the Australian Government Business website for more information and steer well clear of an organisation that asks about any of these – they’re far from ethical!

Yes, we’re all addicted to our phones but interviews generally only last for an hour, so it’s more than reasonable to expect a hiring manager to give you their full attention for that time. Unless they’re just checking the time, an interviewer checking their messages during an interview is a definite red flag, It’s your future and the future of the organisation on the line, so you should expect nothing less than a potential employer’s undivided attention.

This article is based on advice that orginally appeared on Forbes.