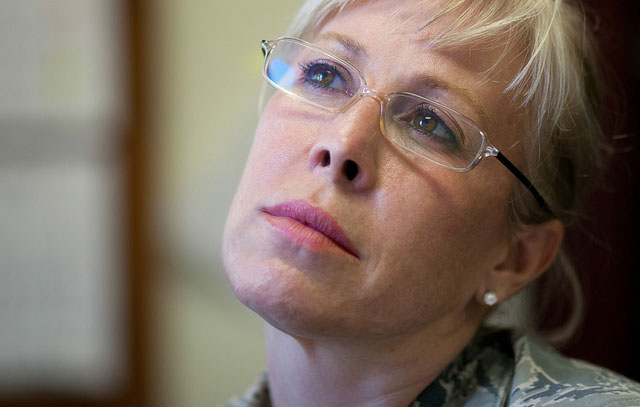 No job is forever – not these days, anyway. While working in the same role for 20, 30 or even 40 years might once have been the norm, today most of us won’t need or want to continue in one workplace for anywhere near that long.

But that doesn’t make changing jobs easy. You still need to say goodbye to colleagues who have become friends, move outside a comfort zone you’ve established for yourself, and if you’re already working in an ethical job, you’re likely leaving behind a wonderful organisation.

So how do you know when to leave a job? How many years are enough? At what point does feeling a little bit frustrated every now and then become being entirely dissatisfied with your career?

If you’re visiting EthicalJobs.com.au and currently working, then you’re probably asking yourself if it’s time to leave. So to help you make that decision, here are six signs that it’s probably time to find a brilliant new (ethical) job:

1) You’re only in it for the money now

If you’ve come to the point where the best thing you can say about your job is that “it pays the bills”, there’s a good chance the time has come to start looking elsewhere.

In an article on job dissatisfaction for the Harvard Business Review, Professor of Business Psychology at University College London Tomas Chamorro-Premuzic says money – even lots of money – doesn’t buy engagement.

This is especially good news if you feel stuck in the corporate world and have come to EthicalJobs.com.au to find a role better suited to you (and your values).

Learning new skills and gaining experience are some of the most important parts of any role. While starting a new job will inevitably involve more learning than once you’ve been there a few years, ongoing learning (“professional development”) should be a part of any satisfying role

That’s especially true if you’re a naturally inquisitive or creative person. So if you’re no longer learning, what are you doing?

Happiness. This one sounds kind of obvious, we’ll admit. But it’s easy to cruise through a job for years without ever stopping to ask if it makes you happy. Try taking a moment (or a long weekend, or a week off!) to ask if your work is truly making you happy.

Did you know that happy employees also live longer than unhappy ones? It’s been scientifically proven! (We wrote about it a couple of months ago.)

4) Your conscience is nagging at you

More and more people want to feel like their work has an impact on the world around them. In fact our surveys of the EthicalJobs.com.au community find that job-seekers rate the social and environmental impact of their work as more important than salary, job security and even working conditions.

Does your job contribute to a better world?

5) You hate your boss

Your boss has a huge impact on your job satisfaction. According to Professor Chamorro-Premuzic’s research, “75% of working adults find that the most stressful part of their job is their immediate supervisor or direct line manager.”

If you don’t get on with your boss – and there’s no sign of anything changing soon – it might be the right time for a new job.

6) You’re not performing at your best

If you’re feeling like your work’s not as good as it once was it could be because you’re no longer being challenged.

“If you are stagnated, cruising in autopilot, and could do your job while asleep, then you’re almost certainly underperforming. Sooner or later, this will harm your resume and employability,” says Professor Chamorro-Premuzic.

“If you want to be happy and engaged at work you are better off finding a job that entices you to perform at your highest level.”

Changing jobs isn’t often a decision to be taken lightly, and it’s difficult to know how much of being unhappy in a role is to do with the organisation, the role, or other non-job-related issues in your life.

Hopefully these signs will make it a little clearer to you whether or not you should be looking for something new. But in the end, the only way you’ll ever really know whether the grass really is greener is to give it a try.