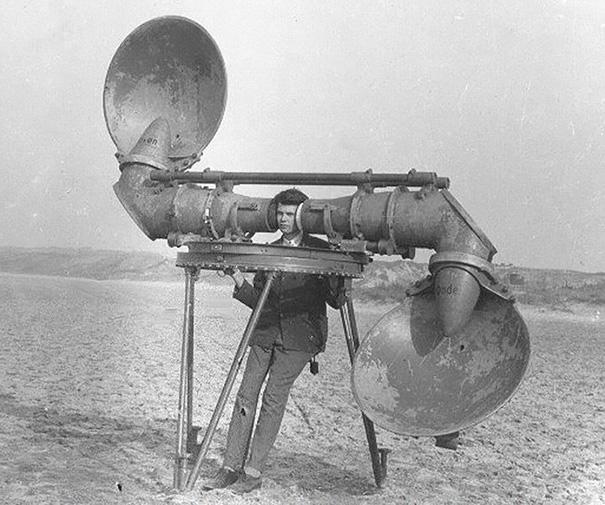 While the Liberal Party sticks by their staunch belief that mining jobs are the way of the future, the facts tell a very different story.

According to latest ABS data, coal mining jobs are already beginning to go the way of the dinosaurs. It’s likely that in coming decades, jobs in fossil fuels will mostly disappear, replaced by green jobs like solar panel installers and wind turbine technicians (among others).

So as a reminder to our politicians – and everyone else – just how quickly jobs can disappear when technology changes, we thought we’d take a look at some other now extinct jobs:

Generally a job reserved for teenagers, the lowly paid bowling pinsetter job was the norm before automated pinsetters were introduced in the 1950s.

Some form of the alarm clock has been around since 400(ish) BC but the human alarm clock – also known as a Knocker-Upper – pictured here – was common in Britain and Ireland during the 1920s. It was particularly important during the industrial revolution to get factory employees to work on time!

Before the invention of the mechanical fridge, men would head out to frozen lakes and cut blocks of ice with a hand saw for use in ice houses. Nowadays, the trade is reserved for the artistic pursuit of ice sculpting only!

Between the world wars there were a variety of acoustic mirror devices that were used to help army’s detect enemy radar. The job of being the “listener” generally became instinct during World War 2 with the development of the Chain Home radar system.

While we’re animal lovers at EthicalJobs.com.au, the job of rat catcher was vital to keeping rat populations under control in Europe to prevent food damage and the spread of disease.

Ah, gas and electricity – where would we be without you? Still lighting streetlights by hand!

The only lamplighters today exist purely for tourist purposes, but before the 19th century night owl lamplighters were responsible for lighting the streets.

Before household fridges and long-life milk, milkmen had to deliver milk on a daily basis to ensure it didn’t spoil. Milkman hasn’t been a common job since the 1970s, though in some places it is seeing a revival.

Before trucks, logs were transported to the sawmill using the currents of the river and a team of men also known as “river pigs”. The men guided the logs down river and ensured there were no jams along the way.

Until the 1960s companies used switchboard operators to connect incoming calls.
Switchboard operation was an early example of women entering the workforce, as their “courteous manner” was deemed more suitable to this type of role. Sadly, they were also considered a preferable employee because they could be paid a lot less.

One of the more gruesome extinct jobs is that of the Resurrectionist. Hired by scientists, Resurrectionists – or “body snatchers” – would illegally dig up dead bodies for anatomical research.

Lectors were employed in factories by unions – or with money pooled by workers – and often read left leaning or union publications to workers. Apparently, this is still in practise in Cuba, but it was generally put to an end in the United States in 1931 after the Tampa cigar-makers strike.

This article is based on a post that originally appeared on Imgur.