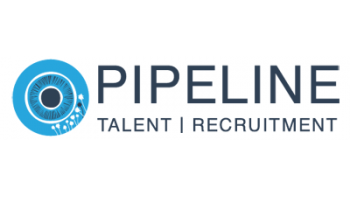 Pipeline Talent
More from this Employer

This vacancy is only available to Aboriginal and/or Torres Strait Islander people. The filling of this vacancy is intended to constitute an affirmative measure under section 8(1) of the 'Racial Discrimination Act 1975'.

Netball Australia is the national governing body for netball in Australia. Our origins go all the way back to August 1927, with the formation of the All-Australian Women’s Basketball Association. We were there when netball began. Now we help shape where netball is going. These days, netball is the biggest team sport in Australia, played by over 1.2 million men, women and children all over the country. It’s also the number one participation sport for Australian girls. Netball Australia’s job is to foster that growth, to connect with local communities, protect the reputation of the game, and create a sense of belonging and empowerment for women, men and children from all backgrounds.

Netball Australia is committed to working alongside Aboriginal and Torres Strait Islander communities to improve access to netball. We want to work with disability and community groups to get kids healthy and happy. Most of all we want to see netball thrive.

The First Nations Engagement Lead will be responsible for ensuring the organisation understands and upholds the various requirements stemming from the Declaration of Commitment, Netball Australia’s Reconciliation Action Plan and other initiatives that require First Nations knowledge and expertise. This position will lead the development, delivery and evaluation of initiatives that underpin continuous improvement in Netball Australia’s ability to engage and support First Nations peoples and communities in Australian netball.

The First Nations Engagement Lead will

As the First Nations Engagement Lead, you will identify and liaise with external subject matter experts that can extend Netball Australia’s cultural intelligence, capacity and capability to engage with First Nations peoples, communities and organisations.

What we can offer you

Email: lesina@pipelinetalent.com.au using the subject line: First Nations Engagement Lead - Netball Australia enquiry via EthicalJobs or phone us on 0408 027 880 or 02 8001 6603.