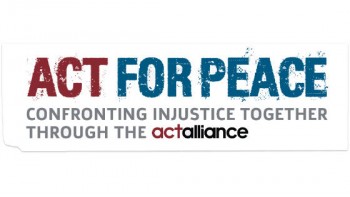 Act for Peace
More from this Employer

This is a new and exciting role in the Individual Giving Team.

Since launching the Ration Challenge, one of Australia’s leading peer to peer fundraising events in 2014, more than 80,000 people have spent an entire week eating the exact same rations as a refugee to raise money and awareness for communities affected by conflict and disaster around the world. This incredible community of people are passionate about change, and are motivated to do more.

In this crucial role, you’ll work alongside the Head of Individual Giving to grow and develop new opportunities for this audience to make an even bigger difference in the world. You’ll be building on the great results achieved so far through crowdfunding and regular giving conversion campaigns, and you’ll help bring a new regular giving product, still in the ideation phase to market. As well as providing this audience with new ways to give, you’ll drive the on-boarding and ongoing engagement for this incredible group of people who want to be part of the change they want to see in the world in new and different ways than our traditional supporter base has in the past.

Today, there are more refugees, asylum seekers and displaced people worldwide than at any time since World War II. That’s more than 80 million people forced to flee their homes to escape conflict and disaster.

IT’S A TERRIBLE INJUSTICE. AND ONE THAT WE CAN, AND MUST, OVERCOME.

We believe that when people all over the world work together, big changes really are possible. That’s why we’ve made it our mission to act in partnership with other passionate people, like you, across the globe to achieve safety, justice and dignity in communities threatened by conflict and disaster. We don’t think there’s any task more important.

Since 1949 our supporters have provided food, shelter, education, healthcare and training to help the world’s most vulnerable prepare for, cope with and recover from crisis.

Together we’re tackling the root causes of injustice, and are building a brighter future for everyone. We hope that you’ll join us in this vital mission.

You’ll be working as part of a motivated and experienced team – and you’ll be putting your passion for global justice into action and make a difference where it’s needed most in the world.

This is a full-time permanent position based in our Sydney CBD office. The salary will be negotiated depending upon the skills and experience of the successful candidate.