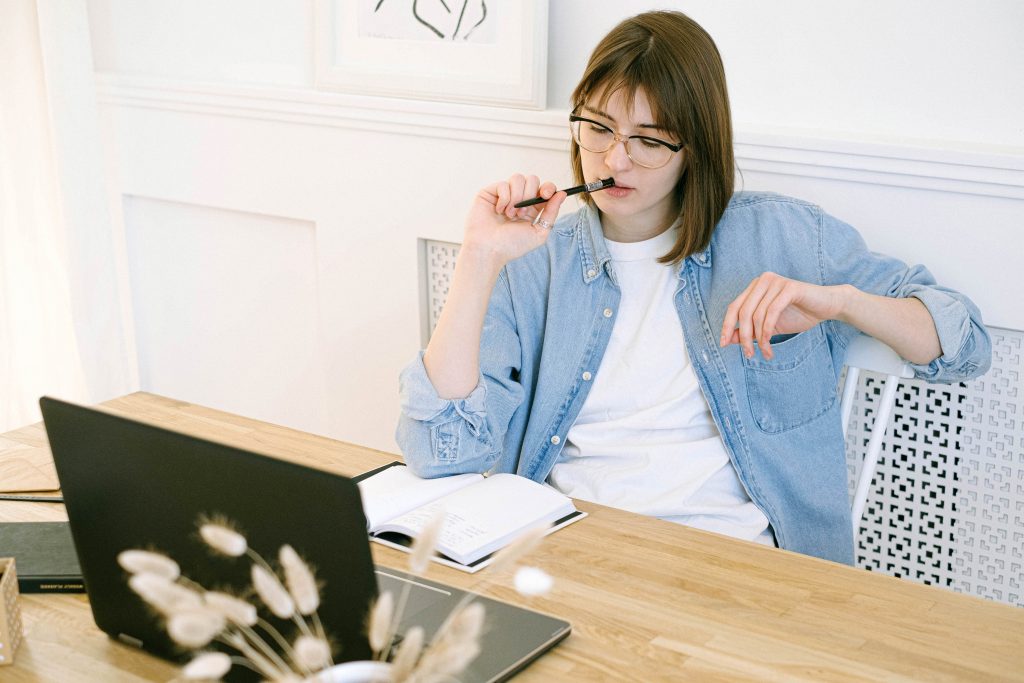 If you’ve ever applied for a job, you know how hard it is to write the perfect cover letter that will make you stand out above all the other applicants. It’s a competitive job market, and more often than not, career seekers find themselves face-to-face with blank computer screens in an attempt to pen that one short masterpiece.

We’re the experts on ourselves, right? So why do we find it so difficult to convey who we are in text?

Of course, we’re not writing an autobiography here — we’re writing to seek the approval of others. Perhaps the worst part is that we don’t know who’s reading our words or who our competitors are. A rather clever experiment conducted by psychologist Mark Snyder and colleagues in the late 1970s perfectly illustrates the extent to which we tend to play up to the expectations others have of us, whether good or bad.

In the study, 51 men interacted with women blindly via a microphone and headset. Before the conversation, however, the men were given a photograph of an “attractive” female (previously ranked by others with a score of eight out of ten for attractiveness) or an “unattractive” one (ranked two out of ten). During the conversation, the men believed that they were talking to the woman they saw in the photo.

The researchers weren’t interested in what the men were doing, though. Observers who studied the recordings weren’t told which photograph the men had seen, and instead focused on the behaviours of the women. It turned out that the women who tended to come across as more sociable, likeable and friendly were the ones who had spoken to men who had seen the “attractive” photograph. In other words, not only were the men subconsciously communicating their judgements, but the women picked up on these subtleties and changed their behaviours accordingly.

Describing ourselves on paper, while blindly attempting to live up to the expectations of others, makes it all feel like a giant lie, doesn’t it? Of course, personal statements and cover letters add a particularly thorny dimension – we have to brag about ourselves. An amusing study in an upcoming issue of Administrative Science Quarterly suggests that putting ourselves out there professionally actually makes us feel dirty. Literally.

In the study, 306 adults were asked to imagine one of two scenarios. One group recalled a time when they needed to create a relationship with someone who would benefit them professionally. The other group thought about an instance where they socialised casually, like at a party. The participants then filled in the blanks to word fragments such as W _ _ H, S H _ _ E R, and S _ _ P.

Those who had relived situations of professional networking were roughly twice as likely to fill in the blanks with words related to physical cleanliness, such as “wash”, “shower,” and “soap,” while the other group tended to come up with more neutral words, such as “wish,” “shaker,” and “step.” The conclusion drawn by the study’s authors was that “networking in pursuit of professional goals can impinge on an individual’s moral purity.”

For many of us, though, the main reason we find it so hard to write about ourselves is because it’s so, so easy to procrastinate. After all, we’re not quite sure how to portray ourselves to strangers, we feel disgusting when we have to talk ourselves up, and there’s a YouTube filled to the brim with thousands of cat videos. Which would you choose?

We tend to procrastinate on things that bring us discomfort due to, at its core, fear. And although it may seem like a silly thing to admit, the situations in which we’re forced to write about ourselves can indeed be scary. Landing your dream career is a big deal. That said, here are three pieces of advice to help overcome autobiographer’s block:

1. Forget the pressure you’re under and just start writing.

It may not be pretty, but if you let yourself go on autopilot for a while, the words you jot down will be very telling as to which points you find most important to share about yourself.

This part may be just as uncomfortable as the writing process, but allow someone to sit down with your cover letter. It’ll help to not only get an objective opinion on your writing style and organisation, but to also get an idea of how a friend would portray you on paper

3. Remember that you’re not alone.

Literally everyone who has ever had a job has had to self-promote in some way. For many of us, it’s not fun or easy, but it’s necessary. The reward is certainly delayed, but receiving that acceptance letter in the mail weeks or months down the road will make the brief torture worthwhile.

So whether you’re tackling a personal statement, cover letter or university essay, science agrees that we’re right to feel stumped. (Just wait until you get to the fun part – the interview!)

This is a guest article by Jordan Gaines Lewis, PhD, Neuroscience Doctoral Candidate, Pennsylvania State University, and is republished from The Conversation under a Creative Commons license. Read the original article. Photo by Ivan Samkov.