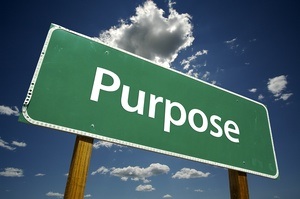 It’s making news, but we’ve known all along: people really do want to “work for a better world”.

Well, young people at least: new research from the iOpener Institute, which analysed responses from over 18,000 professionals, has shown Generation Y values jobs that have “social purpose” over those with high pay.

Generation Y is often seen as talented and ambitious, but selfish. This study turns that view on its head.

So Gen Ys don’t care about getting paid?

While the study doesn’t suggest that pay and financial rewards are unimportant to Gen Y (people aren’t – and shouldn’t be – prepared to be under-paid for their work), the study does show that pay increases do not, on their own, motivate and retain Gen Y workers.

The study found “no significant correlation between increased levels of pay and greater talent retention.”

So what do Gen Ys value then?

The study asked Gen Ys whether they “love their job”, and compared the answers to how likely they were to be thinking of quitting.

It found that loving a job (or “job fulfilment”) was correlated very strongly with feeling fulfilled, “definitively showing that a fulfilling job is what keeps the Gen Y employee on board, not simply throwing money at them.”

And what makes someone love their job?

Surprise, surprise, the study found a high correlation between Gen Ys loving their jobs, and feeling that their work is “worthwhile”, or has a strong economic or social purpose!

If you’re reading this on EthicalJobs.com.au, that’s probably no surprise to you, but it does confirm that Gen Y is genuinely motivated by the idea of working for a better world, rather that just being paid more money, and we reckon that’s an exciting trend!