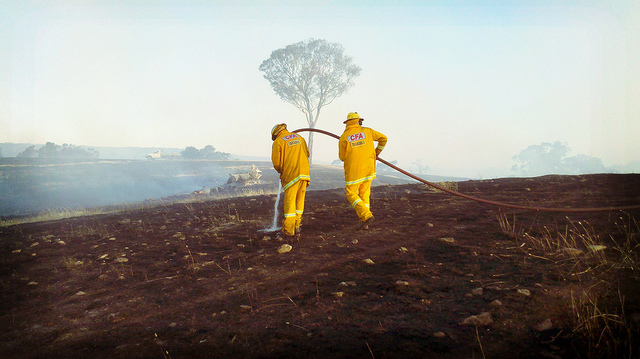 If you’re an ethical job-seeker you probably know that volunteering can improve your chances of getting a paid job, help you learn new skills and expand your professional network.

Research by Dr Lisel O’Dwyer from Flinders University has calculated that volunteering contributes a whopping $290 billion to the Australian economy each year –almost 50 percent more than the $200 billion estimated two years ago.

For comparison mining contributed $121 billion to the GDP at last estimate – and that figure has actually decreased by 1.4% in the last year – unlike volunteering which just keeps growing.

Dr O’Dwyer’s original report released in 2012 estimated the economic value of volunteering around the $200 billion mark. The new report takes into account the growth of volunteering, but also new measurements like lives saved by volunteers and the emotional benefits of volunteering.

“There’s a standard figure for what a life is worth and we can estimate how many lives that volunteers such as firefighters or surf lifesavers generally save per year,” Dr O’Dwyer said.

“There are also lives which have been indirectly saved through volunteers, such as a Meals on Wheels volunteer finding an elderly customer unconscious at home, and the updated figures now take this into account.”

The research is innovative in what it measures, like the economic impact of the emotional benefits of volunteering.

“Emotions are not usually accounted for in economic impact statements but people already spend money on emotions; we spend money on things like books and entertainment to experience positive emotions and we pay for counselling to avoid negative emotions so why not put a dollar value on what we can experience in other areas of life?”

While it’s unlikely anyone volunteers based on the economic contribution their service is making, Dr O’Dwyer believes that understanding the monetary value of volunteering is essential for demonstrating to government the huge contribution that volunteers make to Australian society.

“Many organisations using volunteers are battling on shoestring budgets while giving so much to the community, yet without evidence to show the value of their work it’s difficult for them to secure for government support,” she says.

“If something can be expressed in monetary terms it gets more attention, and attention and financial support are really what the volunteer sector needs.”

So, if you’re one of the 6.1 million Australians who volunteer you can feel even better about your contribution. Not only are you making the world a better place, but you’re also having a pretty big impact on our economy too!