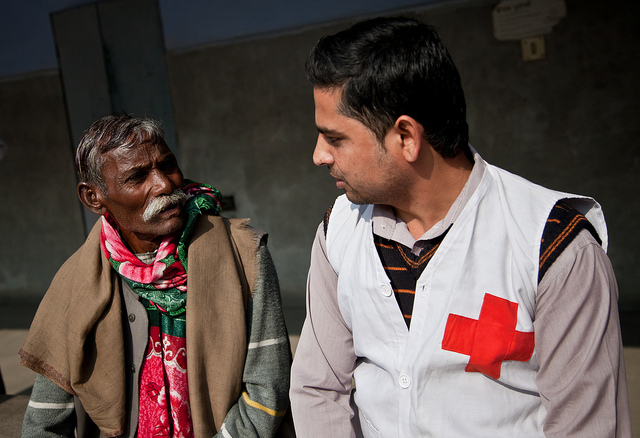 The first of more than 2,000 volunteer jobs for Australians working overseas have been cut, as the Abbott Government’s $11 billion of cuts to international aid kick in.

The Australian Red Cross has announced the closure of its Australian Volunteers for International Development (AVID) program, a government-funded program sending Australian volunteers to over 40 overseas countries, and assisting almost 1,400 ‘host organisations’, including not-for-profit, government and educational institutions.

The program has been running for more than four years and in 2013-14 it sent 2,000 Australians overseas – mostly to Pacific nations – to volunteer and “share skills and foster linkages with people and organisations in developing countries.”

But in 2013, the Abbott Government announced $4.3 billion of cuts to Australia’s foreign aid budget, including the axing of the entire AusAID agency.

In the 2014 budget the Government extended those cuts to international aid to $7.6 billion, and then slashed a further $3.7 billion from the aid budget later that year.

The result is that Australian aid programs will have $11 billion cut out of them by 2018, bringing total spending on aid to its lowest level ever, as a percentage of GDP.

The AVID program – which sends volunteers through three independent organisations: the Australian Red Cross, Australian Volunteers International and SA Government-owned Scope Global – is one of the significant casualties.

In an email to prospective volunteers, including some who would have applied for roles advertised through EthicalJobs.com.au, Australian Red Cross said:

“Because of this significant cut in funding, Australian Red Cross has decided to exit the AVID program over the next year. . . This has been a very difficult decision.”

Neither Australian Volunteers International nor Scope Global have announced how their programs will be affected by the cuts, but if they continue to operate, they’re likely to need to cut the number of volunteer jobs they advertise too.

Marc Purcell, Director of the Australian Council for International Development, lamented the demise of the program, which has changed thousands of lives:

“It is really unfortunate that recent cuts to Australia’s aid program will mean that there will be fewer organisations sending Australians to volunteer overseas as part of the AVID program,” he said.

“Australian volunteers made a real difference to the lives of people living in poor communities in many developing countries.”

Have you ever volunteered overseas? What do you think of these cuts to Australia’s volunteer aid programs?