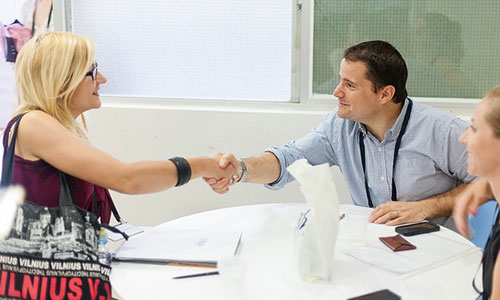 However good you are as a job candidate, you’re unlikely to be offered your next job without establishing one thing: “rapport” – that is, a good personal connection with the people interviewing you.

The first part of this article discussed how important it is to build rapport when starting your interview.

Here are three more important ways you can make the best impression on your interviewers:

If you’re applying for an ethical job, then passion is probably one of the key attributes your interviewer is looking for during the interview.

Are you passionate about the role? Or about the broader work that the organisation does? Don’t keep it a secret – make sure to let the interviewers know!

If you’re asked about why you’re interested in the role or the organisation, that’s the best time to show some passion. But even if you’re not asked, a great way to start or end the interview is to mention how passionate or excited you are about working for the organisation or in the particular role.

Interviews should be two-way conversations. As well as allowing a potential employer to find out about you, they are a chance for you to ask questions and find out more about what the role involves and the organisation’s culture, processes and work more generally.

But asking genuine questions in the interview can also be a good way to build rapport.

How will your interviewers remember you after the interview is over?

According to research by Nobel Prize-winning economist Daniel Kahneman:

People judge experiences largely based on how they were at their peak (i.e., their most intense point) and at their end, rather than based on the total sum or average of every moment of the experience.

As with when you greeted your interviewer, ending with a warm smile, a handshake and some small talk is a good plan.

If you haven’t had a chance to mention it fully, you could also reiterate your passion or excitement about the role, or about the work of the organisation.

If you’ve successfully gone through these five steps, you’ve hopefully built a good rapport with your interviewer, so when they sit down to decide who gets the job, you’re the one who stands out as the person they’d really like to be working with.