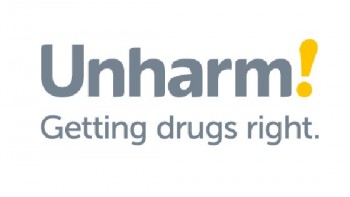 Unharm
More from this Employer

You know that feeling that nothing ever changes when it comes to the government and drugs? For all the failure, powerful people still play at being tough and media keep lapping it up. Well, that's starting to crumble, and you’ve got a chance to help make history.

Unharm is a group of activists in a movement that’s growing more powerful everyday. Unharm represents a non-violent, ethical alternative to war on drugs. Imagine breaking free from the arbitrariness, cruelty and failure of prohibition, and making a world with drugs where people live well.

We’re expanding and are looking for a Creative Organiser to help make the revolution beautiful. In this creative role, you will work collaboratively with other lead organisers to coordinate digital and print materials, from concept to completion.

Unharm is a volunteer organisation. A key part of this role is organising other creative volunteers to assist with creation of digital and print materials.

Unharm has an existing style guide, so you don’t have to start from a blank slate.

Unharm is a volunteer organisation and this position is unpaid. The Creative Organiser position would require between 2 and 6 hours of work each week, depending on current campaigns and initiatives. This opportunity is for a like minded activist and is not suitable as an untrained internship.

Email me new jobs for this search